You are here: Home / Work From Home / The grass is always greener on the other side of the fence!

Unless you growed up on a farm … as I did … you might not get the real meaning of that old adage.

Back when I was a kid … even before I had ever heard that maxim … I noticed that some cows would stand on one side of a fence, with lush, green grass covering their hooves, and put their heads between the strands of barbed-wire to eat a single scruffy clump of grass on the other side. Many times, they would go so far as to push a section of fence down, just to get to the grass on the other side … making it necessary for me to spend hours re-planting posts and re-stretching wire.

Although rebuilding fences was no fun, it was often heartbreaking to see how some of the cows injured themselves on the barbed-wire.

It probably wouldn’t have been so upsetting if the grass in our neighbors’ pastures was better or more plentiful than the grass in our pasture but it wasn’t. — Each year, in order to keep our cows well fed, we seeded our pastures with the best feed grass on the market. Our neighbors, on the other hand, just let the wild prairie grass grow … or not grow … as it would. One neighbor had to rebuild his fence every year to keep some of his cows out of our pasture. Another neighbor never built a fence in his life but some of his cows were fat and healthy from eating our grass … .while I rebuilt our fence to keep his cows out of our pasture.

Of course, when I was young … just growing up on the farm … I figured it was just the nature of “stupid” cows. — After I growed-up and left the farm, I realized that cows and people were very much alike.

Right now, you’re probably thinking, “I know where ol’Jim is going. He’s gonna tell me … like everybody else does … to quit looking for a ‘greener pasture’ and look for the ‘greener grass’ in my own pasture.”

Wrong, cow-patty breathe! — If you’re thinking something like that, you better don’t quit reading.

Although I wholeheartedly agree that finding greener grass in your own pasture is preferable to continually seeking greener pastures … possibly injuring yourself, or knocking down some well-intentioned fences, in the pursuit … the “greener pastures” analogy offers a much greater …

Return with me now to the days of my youth on the farm. Let’s see what kind of “marketing secret” we can learn from the cows.

By the way, for those of you who didn’t grew-up on a farm … “cows” are for milking, “cattle” are for eating; hence, the terms “milk cows” and “beef cattle.”

Anywho … in my youth, I considered all cows to be stupid animals always looking for a greener pasture – but – looking back, most of the cows actually stayed in their own pasture. They might, occasionally, when grazing near the fence, reach across for some tasty morsel on the other side – but – they were quick to retreat when pricked by the barbs on the wire. — I guess they’re the ones that give that “milk from contented cows.”

Even so, every once in a while one of those “contented cows” would … without reason … begin breaching fences to graze in other (not necessarily “greener”) pastures.

Of course, I considered my cows to be “stupid” for leaving a pasture of feed grass, to eat the wild prairie grass growing in the neighbors’ pastures. — But, what about the neighbors’ cows who left their pastures of wild prairie grass to eat the feed grass in our pasture … shouldn’t I have considered them to be “smart” cows? — Actually, in both instances, they were just “un-contented cows.”

Then again, there was the little black and white heifer that headed for the neighbor’s pasture every morning. (I’ll never forget her because I still bear the scars from her sharp little horns.) — The only way I could keep her in our pasture was by driving her into the neighbor’s pasture each morning. Within minutes, she would breach the fence back into our pasture, where she would spend the rest of the day.

Think about it for a minute. — Aren’t cows and people very much alike?

Most people … like “contented cows” … are completely satisfied to stay where they are. They very rarely, if ever, leave their comfort zone and, most often, when they do, they return at the first hint of pain or resistance.

Other people … like “un-contented cows” … are forever looking for something (they don’t know what). They either leave where they are to get to somewhere they think is better, or they leave to get away from where they are. Sometimes they wind-up in a place “not as good” as the place they left … other times a place far better. — Never satisfied, they just keep searching for that “greener pasture,” thinking it must exist somewhere other than where they are.

Some people … like my little black and white heifer … belligerently breach the fences of life, just because the fences are there. — They don’t really have a reason but they Aren’t going to let any fence stand in their way.

The old adage — The grass is always greener on the other side of the fence! — is based on the assumption that a cow sees “greener” grass in the next pasture and heads for it. It ain’t so (I’ve seen cows breach a fence to get out of a “green” pasture into a “brown” briar patch), but a “greener” patch of grass could represent a motive force in the human eye.

Some Marketing Gurus Tell You To
Sell “greener” Pastures

By painting word-pictures, you are supposed to entice and tempt the reader with “patches of greener grass” … luring the reader into your “pasture” with the promise of providing something which is beyond their reach.

With Advance APOLOGIES to the “Rolex” watch company, let me give you an example … exaggerated, of course, to give you a better idea what I mean.

Using the “greener pastures” advertising approach, what if the “Rolex” watch company advertised its watches like this:

“The President of your Bank wears a Rolex. When you buy a Rolex, YOU will be just as rich and powerful as your Bank President!”

Selling “greener pastures” is the kind of bull-stuff that caters to those “un-contented cows.” — “Hype” advertising that attracts “hype” customers.

Right now, you might be thinking, “Aha! I’ve got it. ol’Jim is gonna tell me the ‘marketing secret’ is to sell the greener grass in my customer’s own pasture rather than selling them a greener pasture.”

The marketing secret in the old adage — The grass is always greener on the other side of the fence! — is to directing your advertising toward …

“Now, you can own a Rolex of your very own, just like the one your Bank President wears. Our new monthly payment plan makes it possible for you (even if you Aren’t rich and powerful) to own a Rolex!”

The ad doesn’t offer a “greener pasture” (or even “greener grass”) it just eliminates the fence that has kept all those “contented cows” from moseying over and taking a big chomp on a clump of “Rolex” grass.

It isn’t what you sell that generates “satisfied” customers … it’s how you sold it to them.

REMEMBER: “satisfied” customers are the only real assets any business needs to prosper. 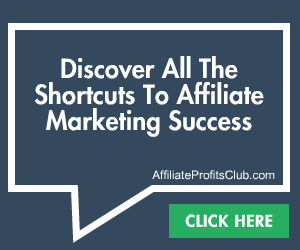