You are here: Home / Work From Home / Scams Hidden Amongst All the Paid Surveys

While it might not exactly make pleasant conversation, it is a simple fact of life that there are scams around practically everywhere. And, rather unfortunately, this is probably all the more true when it comes to anything and everything that is based online.

Partially this may be because it is so easy to set up a website and pretend to be something, or someone that you’re not. The ease with which websites are able to misrepresent themselves and their purpose is truly a bane.

Whatever the reason, suffice to say that with all the hype surrounding paid surveys, it almost seems inevitable that scams would crop up amongst them. Most often these scams take the form of survey sites that have absolutely no intention of paying their clients.

In other words, they get people to complete surveys, but when it comes time to deliver on the payment, there is no word from them whatsoever.

Another common scam amongst the paid survey crowd are those websites that claim to be able to offer you tons of surveys to profit from, and then ask for a small ‘administration fee’ to cover their costs. Some even use the excuse that the ‘administration fee’ is so that they can differentiate between the people who are really serious about making money by filling out surveys, and the ones that aren’t.

Sadly, this type of scam is one that many people fall for, mainly because it closely resembles the more legit paid survey sites that charge their clients for access to a full database of surveys. Only difference is that the scam, obviously, doesn’t deliver on its end of the bargain.

Considering these scams exist, it is no surprise that many people who initially decide to try their hand at paid surveys end up falling prey to them, and then become discouraged and figure that all paid surveys are actually scams.

Needless to say, this couldn’t be further from the truth, but you should now be able to see just why some people are so skeptical about paid surveys.

On the bright side, with fewer people taking part in paid surveys, that indirectly benefits you seeing as there will now be more surveys left available for you to profit from. Every cloud has a silver lining, don’t you think?

When everything is said and done, the fact that so many paid survey scams exist is largely just a testament to how popular paid surveys have become. Assuming you’re savvy and careful enough, you shouldn’t fall victim to these scams, especially now that you know the most common forms that they manifest in.

Still, be on the lookout! Every so often someone comes up with a brilliant new scam, so you can never be too careful really. Stick to reputable paid survey sites, and you should be able to get that cash you desire without all the hassle and worry regarding whether or not you’re being scammed. 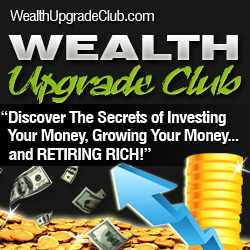