You are here: Home / Work From Home / Plotting the Advancement of Paid Surveys

For ages, surveys have been used as a marketing tool to gather data about a particular group of people from a certain demographic (read: market!). By identifying trends within a certain market, companies are then able to target their products and services to more specifically suit that market.

In short, they’re able to tailor what they have to offer to meet the demands of the market. Seeing as ‘selling what people want to buy’ is one of the oldest marketing tricks ever, it does make sense that such research data is not just necessary –it is essential!

Cutting a long story short, surveys have long since been employed for this purpose, but until very recently they were mostly handed out manually on paper, and filled in using pencils. Needless to say, this process was tedious in its own right, as people actually had to distribute, collect, and then tally the data from these surveys manually.

With the internet, all of that has changed.

Nowadays, surveys can be completed online in minutes, and their data instantly collected and tallied. Naturally, the workload involved in carrying out surveys online is much less than it used to be way back in the day.

Due to this change, research is no longer the tedious and cost-heavy process that it once was, and many companies find that they can even afford to pay people for their input. As such, the paid survey industry was born!

Needless to say, since its beginnings, paid surveys have caught on rather quickly. The idea of being paid to fill up a simple form is something that appeals to many people from many different places.

For kids on their school holidays, it is a great way to earn a little cash that they can use to go out and enjoy themselves. And for everyone else who has a few minutes free, it is a nice way to earn some income on the side too!

In short: The sheer flexibility and ease of earning money through paid surveys appeals to a large number of people from across the world.

All said and done though, paid surveys have risen meteorically over the last few years, and have developed into a very real and legitimate method of earning quick and easy cash online. From this point on, there’s no telling what will come next, but judging from the popularity of paid surveys, there is more yet to come.

In time, maybe other methods of market research will supplant paid surveys, but for now, that doesn’t appear very likely at all. 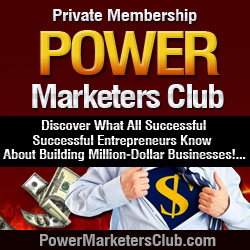