You are here: Home / Work From Home / Dealing with Backorders 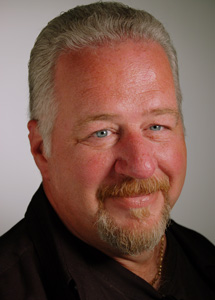 It’s going to happen. If you’re selling on the Internet, there are going to be backorders.

As I write this, I have just finished dealing with a backorder situation, and steam is still rising from my ears. By now, I should be used to it. I shouldn’t let the little things get to me. It’s not the supplier that I’m upset with. It’s the customer. Let’s start from the beginning.

A couple of weeks ago, I handled an order for a Conair Digital Blood Pressure Monitor. As usual, I emailed the order off to the Conair supplier with several others.

Later that day, I received a phone call from the Conair supplier. The BP monitor was out of stock, but was expected within 10 days. Did I want to place the product on backorder, or cancel the order altogether? Also as usual, I told the supplier I would get back in touch with them after checking with the customer.

Since the customer was located in Orlando, it was a local call. I called his house. I identified myself, told him that I had received his order, and that I was very sorry, but the product had just run out of stock, and was expected to be available again in 10 days. I told him I had not yet charged his credit card, and would cancel the order if he preferred to go somewhere else.

You would have thought I had just told him that I was planning to strangle his cat. He got upset, and I could just hear his face turning purple. Small wonder the man needed a blood pressure monitor. I’ll spare you the details. It came down to this: he thought that I should give him free shipping for his inconvenience. I stuck to my guns, and politely told him that I was not willing to do that. He had placed the order only hours before, and I had not yet charged him. He finally agreed to wait for the product, but said he would be watching the calendar.

I knew I had a “trouble customer” on my hands. (Imagine the “Twilight Zone” theme music playing at this point).

A week later, when I got another call from the Conair distributor saying that the factory shipment had been delayed further, I braced for impact, and contacted the customer. I’ll spare you the details of that exchange as well. There may be small children present. I managed to keep calm, although I was boiling at this point. Again I offered to cancel the order. He refused, saying that he had waited this long; he might as well wait it out.

The BP Monitor showed up at the distributor two days ago. They were considerate enough to ship it to the customer by FedEx 2 Day Air at no extra charge. (My Conair distributor is great!). It will arrive at the customer’s house today. I was quite happy. Then I checked my email. Another blistering tirade from our over-pressured friend. I wrote back, calmly and politely, and told him he could expect his order in a matter of hours, and I was sorry that he was unsatisfied. I haven’t heard back from him, and probably won’t.

Now, this may sound like I’m making it up for effect, but I swear it’s true: I handled another order for the exact same product on the same day, and the woman who placed the order experienced the same delay. A couple of hours after receiving the nasty-gram from my friend above, I got an email from this woman. She thanked me for my persistence in following up her backorder, and told me she would definitely be back to shop with the site again. That’s what makes it worth dealing with all this in the first place!

Here are the things that I’ve learned about backorders during my time in this business:

Internet customers are for the most part “instant gratification” junkies. They want it NOW.

Because of this, backorder situations must be handled immediately. Don’t wait even a day. Call them, or email them. (A call is usually appreciated more than an email, but you have to watch your phone bill).

If you think a product might be questionable as far as stock status, check with the distributor before charging the customer’s card. You get a feel for which items are stocked less than others after a while. You can always refund the charge, but it’s better if you can tell them you have not charged them yet.

Always offer to cancel. Chances are they won’t, because then they have to go search for the product again and hope they don’t get backordered somewhere else, but the offer to cancel must be there. It tells them that you are not desperate for the sale, and gives you the advantage in the conversation.

Be nice. Even if you are grinding your teeth. You can’t afford to lose your grip. You never know when one episode of lost temper will come back to bite you.

Follow up during the backorder period. Send at least one email saying that you are monitoring the situation, and are sorry for the delay. That is a great tactic for defusing an impatient person; at least they know you are thinking about them.

If there is an additional delay, offer to cancel again. They may actually take you up on it if it’s a long delay, but you don’t lose anything if the distributor has not yet shipped.

When you receive word that the product has shipped, inform the customer. They appreciate that, and again, realize that you are at least thinking about them.

Most people understand backorders, and will give you no trouble. In fact, most are very appreciative if you contact them right away. Sometimes, you get the trouble customers. Deal with them politely, and never lose your temper. Be the bigger person. I always check my return emails to these people twice. There are times when I’ve let some temper slip in to my writing, and I’m sure to remove it before clicking the send button. It only ends up helping you in the long run!

Chris Malta is the founder and CEO of Worldwide Brands, the Internet’s leading authorities on Product Sourcing for Home E-Biz, and the publishers of OneSource, the World’s largest Source of eCommerce Wholesalers. Chris spent many years as a Microsoft Certified Systems Engineer, designing and building corporate and eCommerce server platforms, working for several large companies, and managing major installations for Fortune 100 businesses. With over thirty years experience in wholesale, retail, and entrepreneurial ventures, Chris was hand-picked by eBay Radio as their exclusive Product Sourcing Editor, and is responsible for managing the eBay Radio Resource Center. He co-writes and hosts Product Sourcing Radio, one of the top rated shows in the wsRadio Business Network, and has authored numerous books on E-Biz and product sourcing, including “What to Sell on eBay

and Where to Get It,” published by McGraw-Hill. 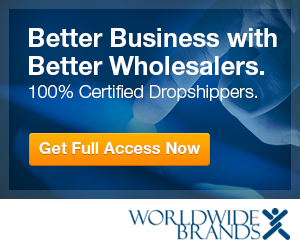 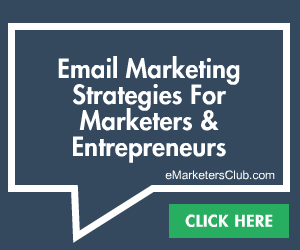