If you can read with some level of skill, you can do anything – even learn how to trade Forex – and you don’t have to be an expert to do it, but you do need to know that like any market, you have to watch out for pitfalls. But once you know what the pitfalls are, you can get involved with Forex trading with relative peace of mind.

Let’s start with the basics. The word Forex commonly refers to Foreign Exchange Currency, which means you’re buying one particular currency while at the same time selling another.

Learning about Forex Trading and how it works isn’t difficult and you can learn what you need to know online. How quickly you learn depends on how fast you can absorb the material you need to know. But once you do know how to handle Forex, you’re on your way.

Understand that each market has its own buzzwords and important facts to know and Forex isn’t any different. To start with, you should understand that there are six major currencies (these are the currencies most commonly used) when dealing with Forex.

Those currencies are the United States dollar (USD), the Japanese yen (JPY), the Euro (EUR), the British pound (GBP), the Swiss franc (CHF) and the Australian dollar (AUD). There are also minor currencies but more than likely, you’ll be dealing with the currencies used most often.

A very important buzzword in the field of Forex is the term Pips. You need to learn all you can possibly learn about Pips. Pips are units (much like a quarter is a unit of money) and the name refers to the price interest point. However, these are also sometimes called percentages in point.

In Forex trading, a Pip is used to figure what profit you earned on the currency or what amount of money you lost. With Forex, you trade the most commonly used currencies as a pair.

For example: you could trade the United States dollar with the Japanese yen and it would be written like this: USD/JPY. What this means is you buy one currency for a set amount and you believe you can sell it for more. This is called long position. The opposite is the remaining currency – the short. You would sell a currency if you thought it was going down in value.

Every currency pair has an exchange rate and that’s where a Pip comes into play. Pip is the fourth decimal place in the quote. If you’ve decided you want to learn about Forex, you can learn on your own and you can also take advantage of step-by-step tutorials such as are offered online. 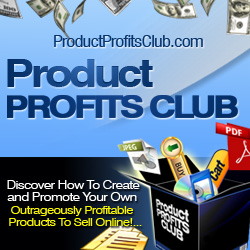