You are here: Home / Make Money Online / Article Marketing: How the Right Headline Could Make or Break an Article 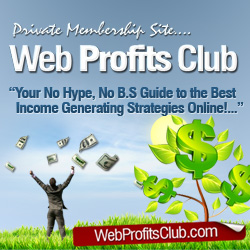 Imagine you’re reading an article. What is the very first thing that you’re likely to read when it loads?

Yes — the headline, of course.

Headlines have always occupied a very important role in articles, and not just in recent years. Even before article marketing and the Internet were even around, headlines have been playing the same role in other types of media and printed texts.

Because headlines are the first thing that a reader is going to see when they open an article, it falls squarely on its shoulders to convince the reader that they want to read the rest of the article. In other words, the headline is going to have to grab the reader’s attention, and interest them enough that they keep on reading.

Should a headline not do this, then the rest of the article is likely to go unread.

From what we just discussed, you should already see that there are two key components to a good headline, and these are the simple facts that a headline must grab attention, and create interest.

Naturally, grabbing attention by itself is something that is pretty difficult at times, and so one of the best ways to approach this is to ask yourself: What is it about some headlines that allow them to grab your attention? What is it that makes you latch onto certain words and start to read certain articles?

Admittedly, the answers to this can vary greatly, but it should provide you with a starting point, and should also help you to notice that ‘grabbing attention’ and ‘creating interest’ are pretty much interlinked. After all, if something interests you it is that much more likely to get your attention, right?

One of the most commonly used (and yet tremendously powerful) approaches is to create benefit-oriented headlines. This technique is popular in copywriting, but works just as well for article writing too.

Instead of a headline that focuses on the features of the article, write headlines that focus on its benefits. For example, reading the headline to this article, you know that you’re finding out how a headline could ‘make or break’ an article.

As such, you’re immediately let in on what you’re going to be learning.

Over time, you’ll see that readers respond a lot better when they’re told what they could be getting out of an article, rather than what it contains. Really, this is just salesmanship 101, and if you think about it, that’s exactly what your headline is doing – selling your article.

Isn’t it amazing how a single line of text can really make or break an entire article?