You are here: Home / Work From Home / A Complete Introduction to Paid Surveys

Over the last couple of years, paid surveys really seem to have taken the internet by storm as various services pop up here and there offering incentives in return for the completion of what is commonly known as a ‘survey form’.

Essentially, this means that you could be profiting by doing something as simple as answering a few questions and then submitting them.

Upon hearing paid surveys described in this fashion, many skeptics automatically begin to think that it is some kind of scam. After all, why would anyone want to pay others for something as simple as spending a couple of minutes to answer a few questions?

Put that way it certainly does sound slightly dodgy, but the fact of the matter is, if you’re in the marketing line you would understand the motivation behind paid surveys slightly more. In fact, you could even describe it in two words: Market research.

When you boil things down, all this fuss over paid surveys does mount up to simple, good old market research. Almost every company that offers a product or service needs some sort of market research. Anyone at all who is interested in selling anything needs to know as much as humanly possible about the market which they’re interested in tapping into.

And so companies happily pay for such information. It could be something as simple as information about what type of lipstick teenage girls like to wear, or what types of toys parents are most willing to buy for their children.

Within market research there are so many avenues that are worth looking into, and big companies need information to base pretty much every major decision that they make upon. After all, would you want your company to invest millions into the production of a certain product only to find that the market it was targeted to isn’t really interested in it?

See, it doesn’t sound so unreasonable now that people are willing to pay for such research, does it?

All things said and done, paid surveys certainly look like they’re here to stay, and judging from the amount of new sites that constantly seem to show up on an almost daily basis, they seem to be going from strength to strength.

Of course, it is worth noting that not every paid survey is ‘paid’ in the form of direct cash. Some paid surveys offer prizes, discounts on products, and various other incentives in place of an actual cash prize.

Still, for anyone willing to spend some time filling out a few surveys daily, there is the potential for quite a bit of profit to be made, and no small amount of goodies to be earned on top of that, just to sweeten the pot.

Who knows what will come next from the paid survey department, but in an increasingly competitive market, research such as that provided by paid surveys is all the more valuable, and companies are certain to continue to desire it. 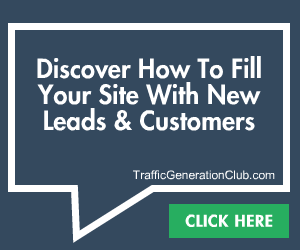